With all due respect to the many non-VP squadrons who called the station home, if there is an aircraft that stands as a symbol of NAS Barbers Point, it’s the P-3 Orion. For most of Barbers’ history, these proud sentinels dominated the tarmac, lined up by the dozen, constantly patrolling the waters of the central Pacific.

Following on from the early P-3A and B models, the P-3C was a quantum leap in capability. Gaining advanced-for-the-time computer assistance for its antisubmarine warfare operators, new and superior sensors, and the capability to fire much more lethal weapons, the Charlie model thoroughly tipped the technological seesaw of the ASW battle. As the years passed, these Orions continued to be improved: television cameras were replaced with infrared cameras, computers were constantly upgraded, increasingly powerful radars were fitted, and even more weapons and missions were written into its playbook.

Those new technologies brought major changes to the roles of the Navy’s patrol squadrons. While it had always served as a platform to track and engage surface ships, no longer did it have to close to dangerous ranges to attack, as it did in Vietnam to its peril; it now had the ability to locate, identify, and engage surface contacts from very long distances thanks to its cameras and Harpoon missiles. The introduction of infrared cameras made it equally the bane of drug smugglers and the hero of stranded mariners. It even gained a standoff land-attack role with the introduction of the SLAM variant of the Harpoon anti-ship missile.

The Orion’s new capabilities have enabled it to serve in conflicts far removed from its primary subhunting duties. P-3s were some of the first aircraft on-station following the Iraqi invasion of Kuwait, and continued to serve throughout Desert Shield and Desert Storm. It fired SLAM missiles during Operation Allied Force, battled piracy in Somalia, and even based out of Kandahar to support operations in landlocked Afghanistan.

Some 757 P-3s were built by Lockheed and Kawasaki and used by eighteen nations. The type is even used by civilian agencies like NASA, US Customs and Border Protection, and aerial firefighting companies.  While the type is due to soon be replaced by the new P-8 Poseidon in active US Navy service, it seems likely that the Orion will continue to patrol the world’s oceans for decades to come.

770 currently wears a special “retro” paint scheme, the white-and-engine-grey seen on patrol aircraft in the 1950s and 60s, as part of her duties touring the country to celebrate the Centennial of Naval Aviation in 2011. Despite the fact that she was with VP-9 at the time, she carries the markings of the Blue Sharks of VP-6, the squadron which served the longest at NAS Barbers Point and which was disestablished in 1993. As she was flown in to Kalaeloa Airport for the retirement, she is still largely intact and in the condition in which she landed. Former P-3 crew are met at the door with a familiar smell that never fails to bring smiles to faces.

The one major item missing from our aircraft is her radar suite. In the late 1990s our aircraft and 31 other P-3s were refitted to work as a counter-drug aircraft, spotting, tracking, and intercepting small aircraft attempting to smuggle drugs into the country (770’s turn was in 1997). Her normal surface-search radar and cameras were removed, and in their place were fitted an air-search radar of the same type used by the F-16 Fighting Falcon, and a specialized camera system for identifying airborne targets. As these specialized items are rare and still needed, the Navy removed them before donating the aircraft to us. 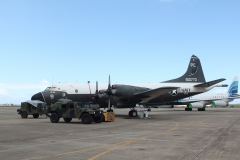 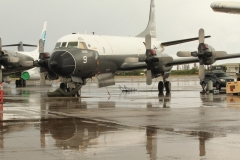 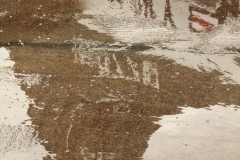 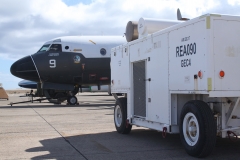 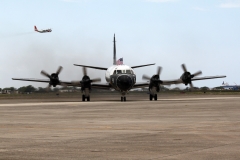 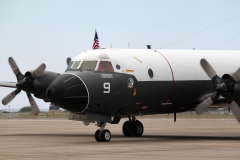 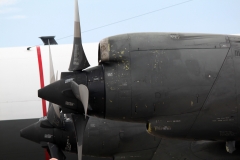 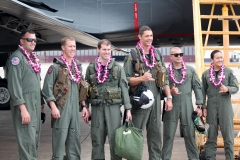 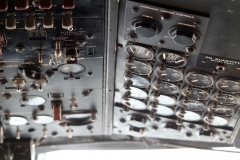 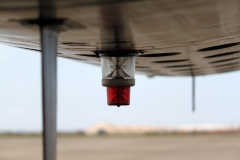 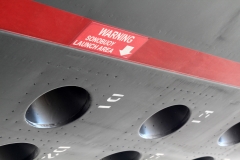 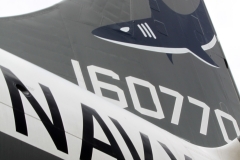 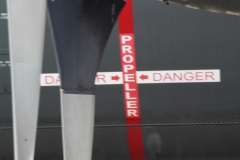