The P-3 Orion, the world’s most successful maritime patrol aircraft, was the heart of NAS Barbers Point for most of its history.  Various versions of the aircraft served with the station’s patrol squadrons from the early 1960s until the base closed in 1999, when the remaining squadrons re-homed across the island at MCBH Kaneohe.

Chosen to develop a successor to the versatile P-2 Neptune, Lockheed adapted their still-in-development Electra airliner to the role.  While the Electra was infamously troubled, and nearly bankrupted the company, the Orion would sail through its development, quite likely saving it.  Rapidly deployed to Navy’s squadrons, the fleet’s first Orions were flying blockade patrols during the Cuban Missile Crisis mere months after reaching active status.

The Orion is a powerful combination of sensors and weapons mated to reliable and fuel-efficient turboprop engines and a rugged airframe. A typical patrol mission could last ten to twelve hours, during which one or two engines will be powered down to conserve fuel. Normally flying through choppy air at low altitude to facilitate dropping sonobuoys and using magnetic detection, these missions were even harder on the crews than the aircraft, and they were given rest and relaxation facilities in the rear of the plane to accommodate them, including a pair of bunks and a full-feature kitchenette.

Early models of the P-3 reflected the more rudimentary abilities of the early subhunters and the subs they hunted.  Like their World War II predecessors, they typically carried high-intensity searchlights to perform visual searches and attacks at night, and were often armed with depth bombs and unguided rockets.  As technologies improved, later models of the Orion phased these older abilities out in favor of increased reliance on computer-assisted sonobuoy monitoring, more advanced acoustic-homing torpedoes, and infrared cameras.

Initially known as the P3V-1, 157 P-3A models were built. Many, including the one on display at the Museum, were later converted to other uses. Our UP-3A served as a utility aircraft, with its antisubmarine warfare equipment removed to make room for additional seating and amenities.

A total of 757 P-3s were built by Lockheed and Kawasaki, and used by eighteen nations. Japan continues to fly more than 100, and significant numbers are also flown by Australia, Brazil, South Korea and Taiwan. Interestingly, a few are still flown by Iran, purchased more than forty years ago before their revolution.

“Alphie” is the museum’s grande dame, our beloved senior member and mascot. After a long and storied career as a subhunter, special missions aircraft, and utility platform, Alphie was put out to pasture to be stripped for parts as needed.  When the Museum opened in 1999 and rescued her, she was a husk.  Since then, nearly a thousand hours, and thousands of dollars, have gone to restoring an almost-bare interior to nearly original condition, and props and gearboxes have been sourced to replace those previously removed.  While restoring an aircraft of her size is a massive undertaking that never really ends, she’s slowly being brought back to her former glory. 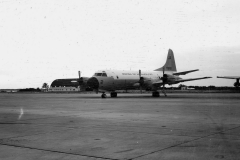 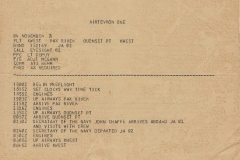 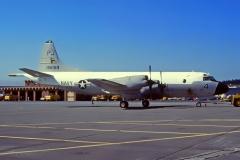 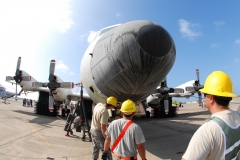 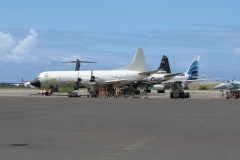 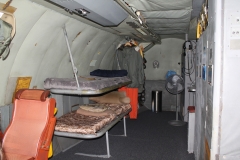 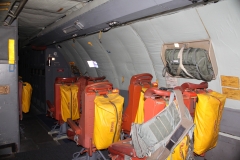 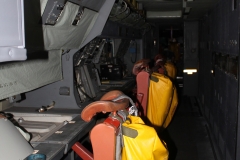 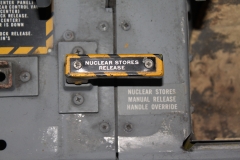 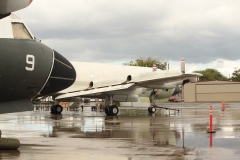 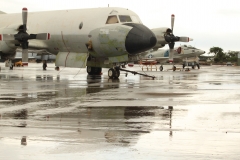 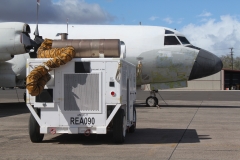 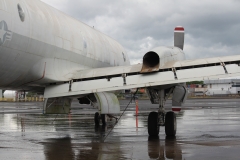