As models of potential nuclear war scenarios were developed during the Cold War, an unexpected hurdle came up: maintaining the ability of the military command authority, including the President, to communicate with nuclear forces during and following an attack.  Normal communications methods, if not outright destroyed, would be limited or crippled by electromagnetic disturbance. Planners realized that airborne platforms would be much more survivable, and TACAMO – from “Take Charge and Move Out” – was born.

The squadron was originally formed in 1963 as a detachment of Barbers Point transport squadron VR-21, deployed at the time to NAS Agana, Guam. The detachment was transferred to VW-1 in 1966 before becoming an independent squadron in 1968, when they were designated VQ-3. While there, they were tasked with maintaining an aircraft airborne at least 50% of the day. This was considered adequate coverage at the time, given the balance of nuclear weapons and potential targets in the Pacific.

The squadron suffered a tragedy on 21 June 1977, when Crew 4 was lost when their EC-130Q crashed shortly after a night takeoff, just off the coast of Wake Island. All sixteen crew members aboard BuNo 156176 perished. To date, it remains the only loss of life by a TACAMO crew.

After almost two decades on Guam, they returned to their ancestral home at Barbers Point in 1981, where their mission was expanded to round-the-clock airborne coverage. The Ironmen remained at Barbers until 1992, when the TACAMO squadrons were consolidated at Tinker Air Force Base in Oklahoma. VQ-3 operates there to this day alongside sister squadrons VQ-4 and VQ-7.

TACAMO aircraft would fly in a continuous orbit at minimum speed, while trailing a five-mile-long antenna which allowed them to communicate with submerged submarines using very low and extremely low frequency radios. Flights would typically range from 10-12 hours, though they often exceeded that. The flying was both tedious and extremely challenging: the aircraft’s orbit was precisely calculated and needed to be flown as perfectly as possible, as any unexpected variations along the miles of antenna trailing the aircraft would affect the range of transmission, potentially leaving recipients unable to hear broadcasts.

VQ-3 first flew the EC-130G Hercules, which was a continuous work-in-progress – the communication gear on this model were in a self-contained “van” which was parked inside the aircraft’s cargo bay, allowing for easy reconfiguration as new versions of the TACAMO equipment were rapidly developed. Their initial aircraft were supplemented by newer EC-130Qs, with permanently-installed equipment, in the late 1960s.  Later TACAMO packages in the mid-1970s would bring dual antennas.  The squadron flew the Hercules until 1990, when they completed transition to the E-6A Mercury (which was for a short time designated the Hermes). Starting in 1998, their aircraft were upgraded to the E-6B standard. 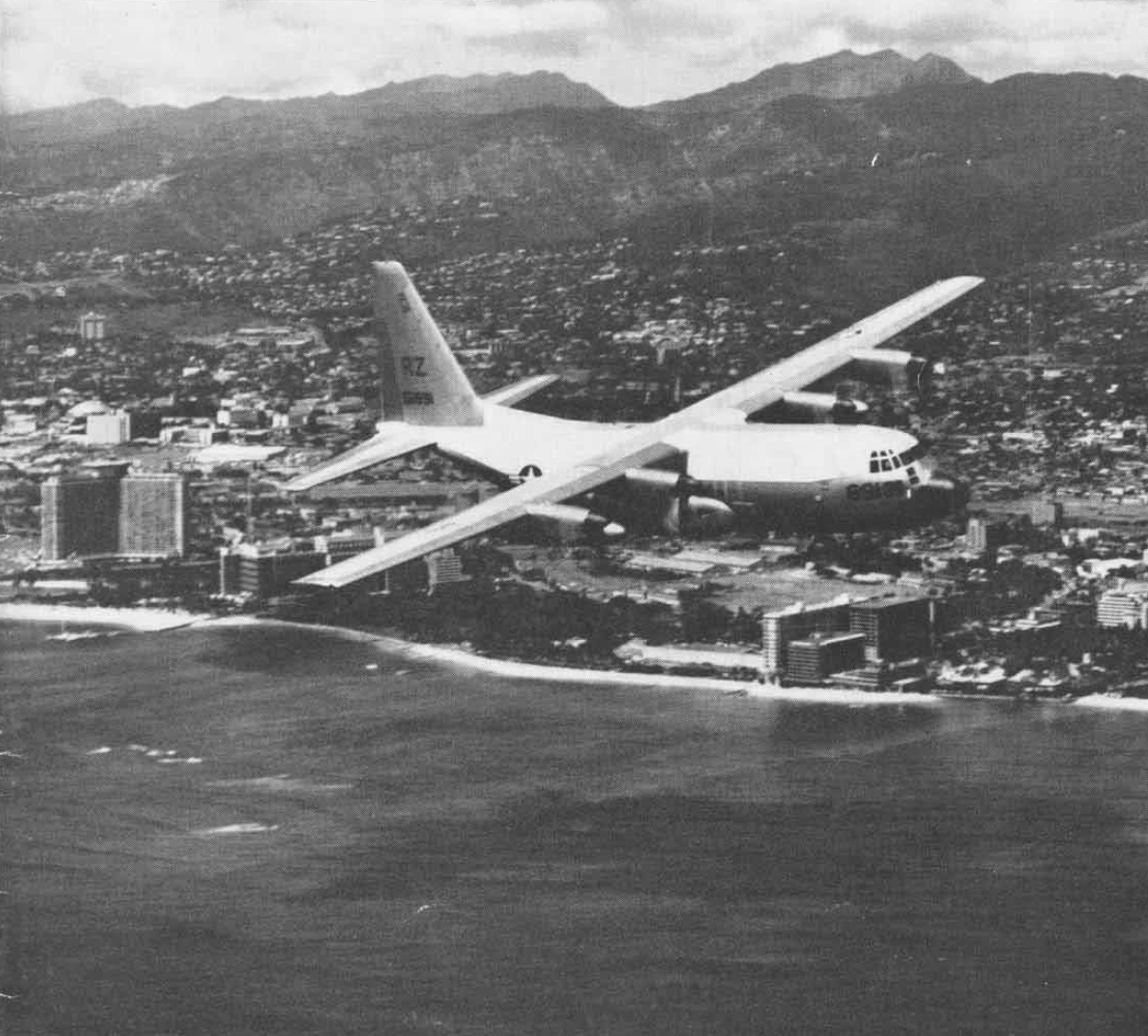 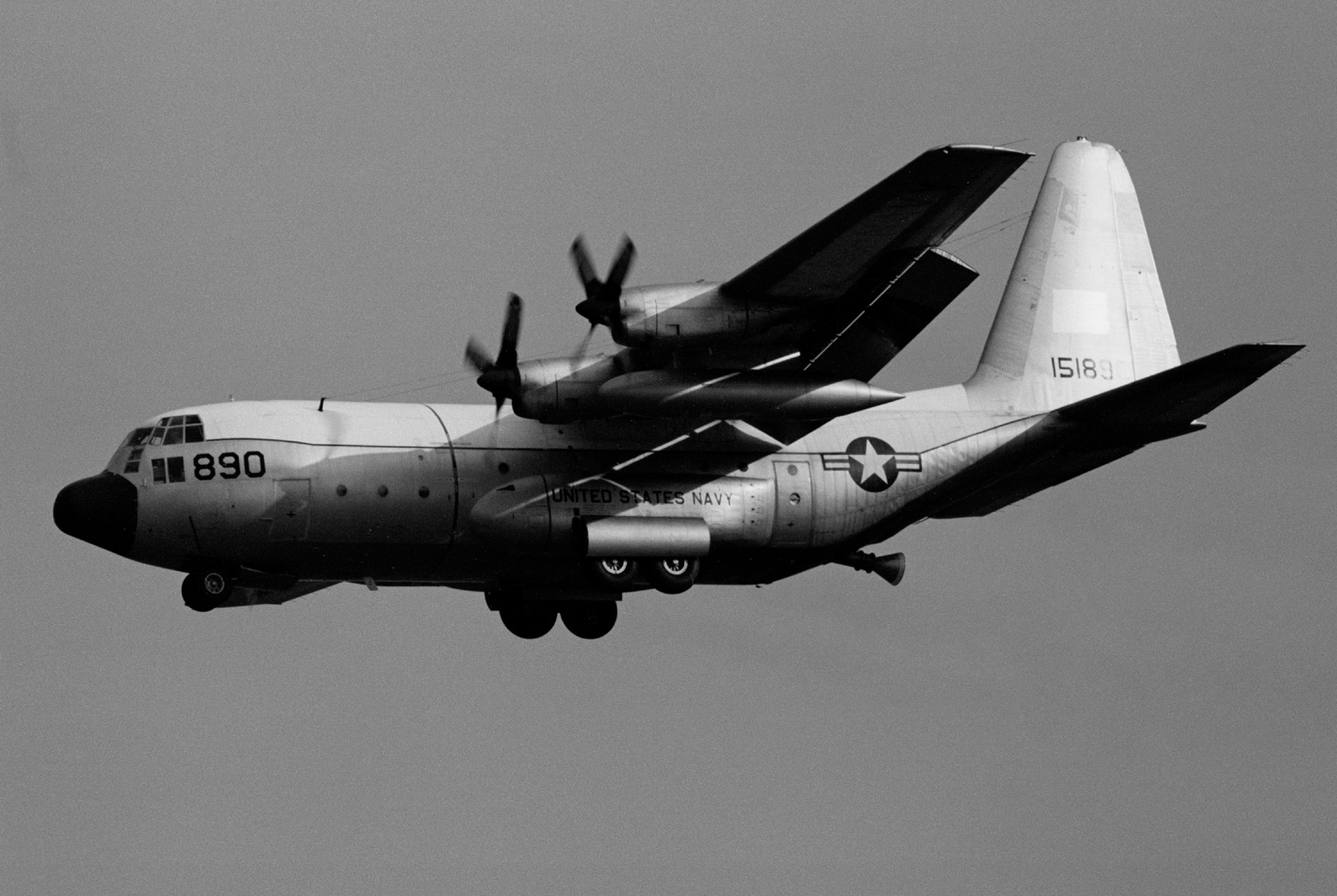 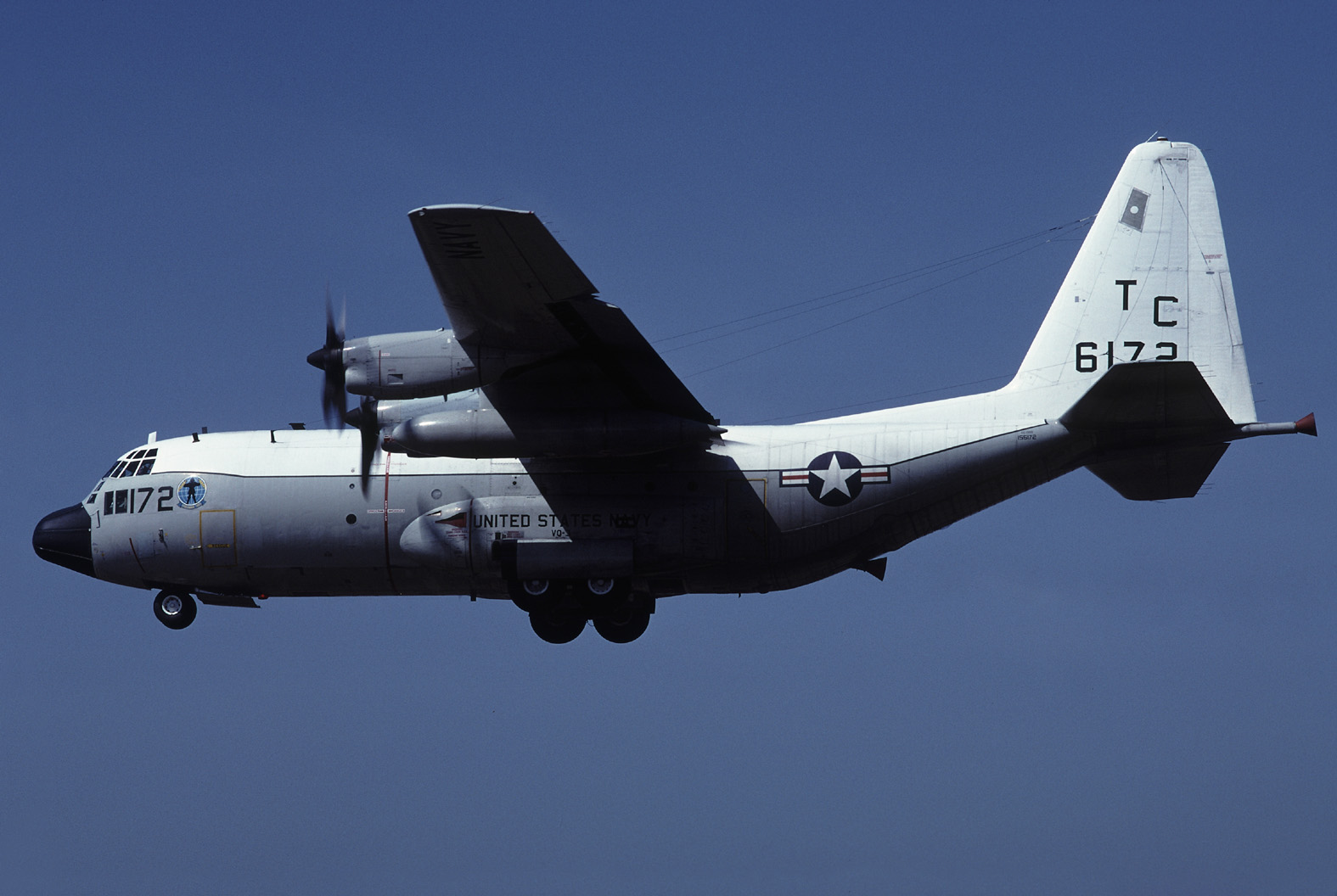 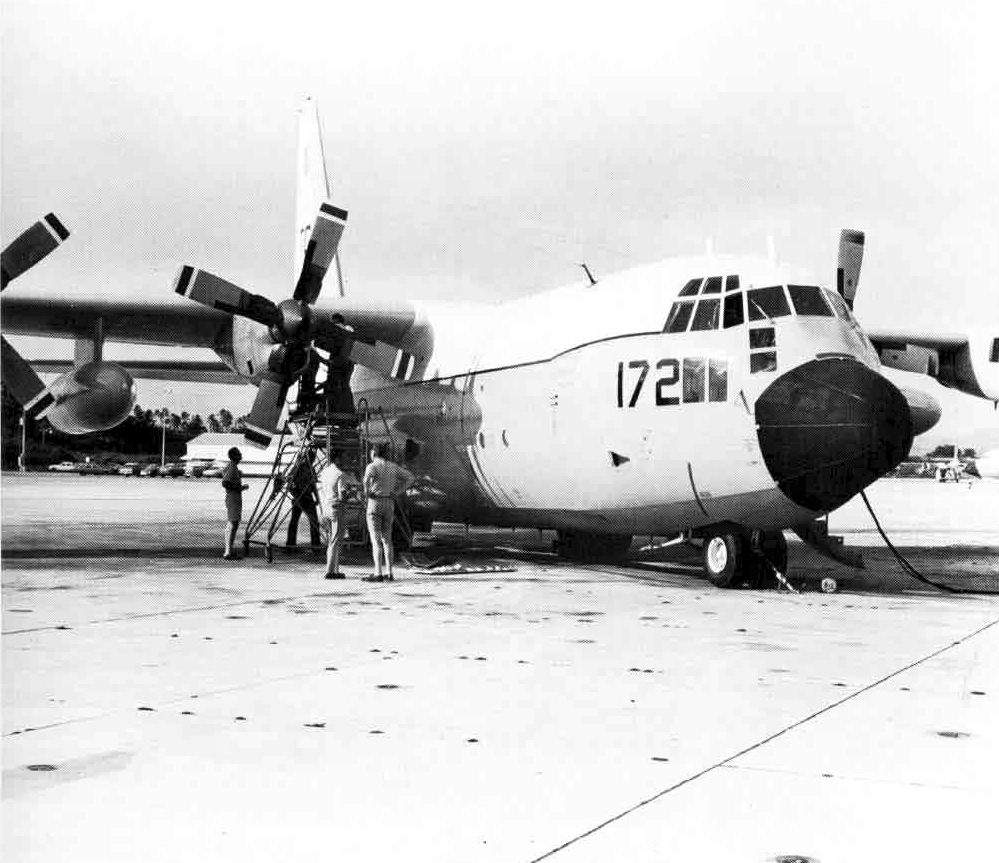 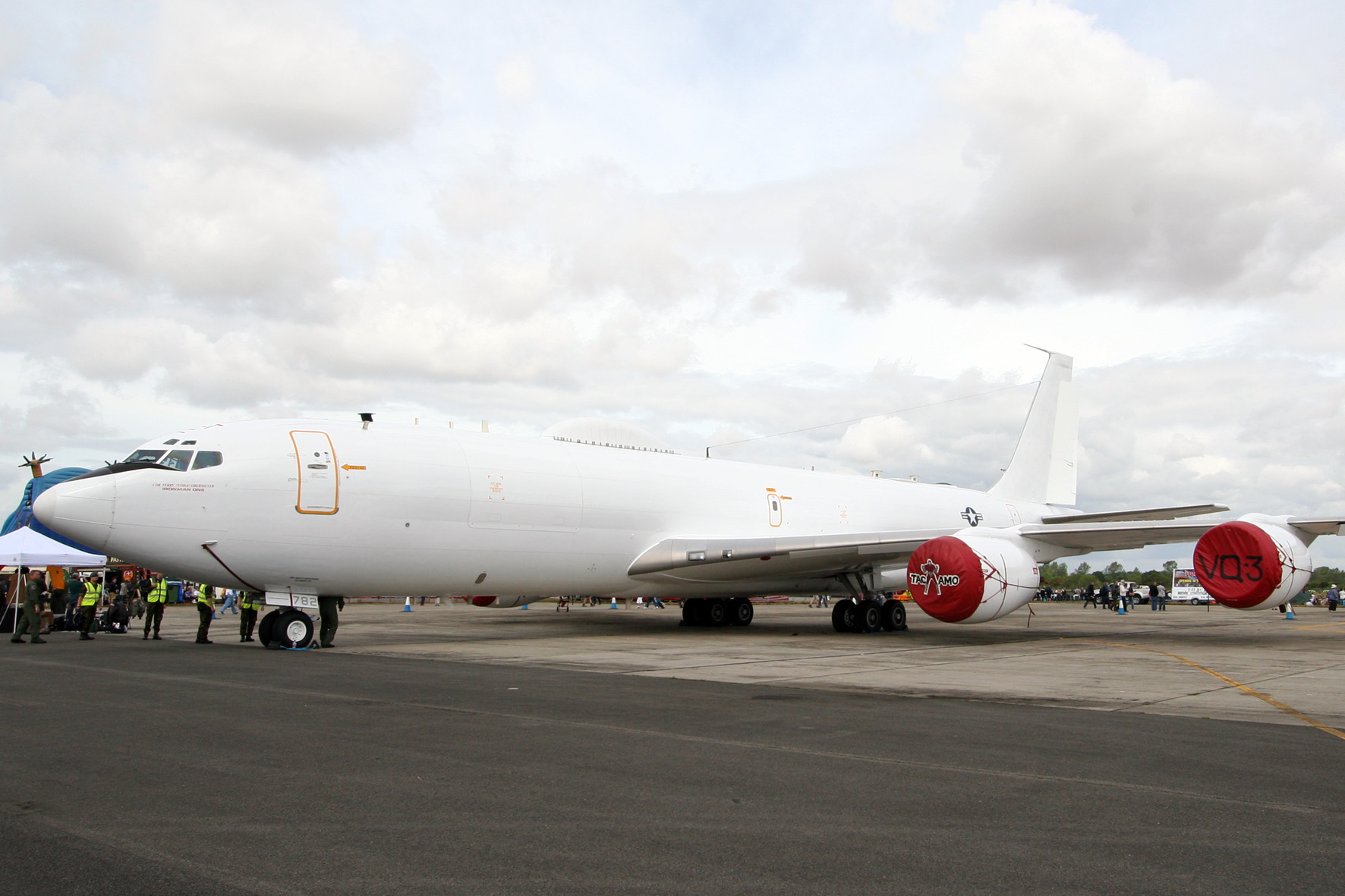 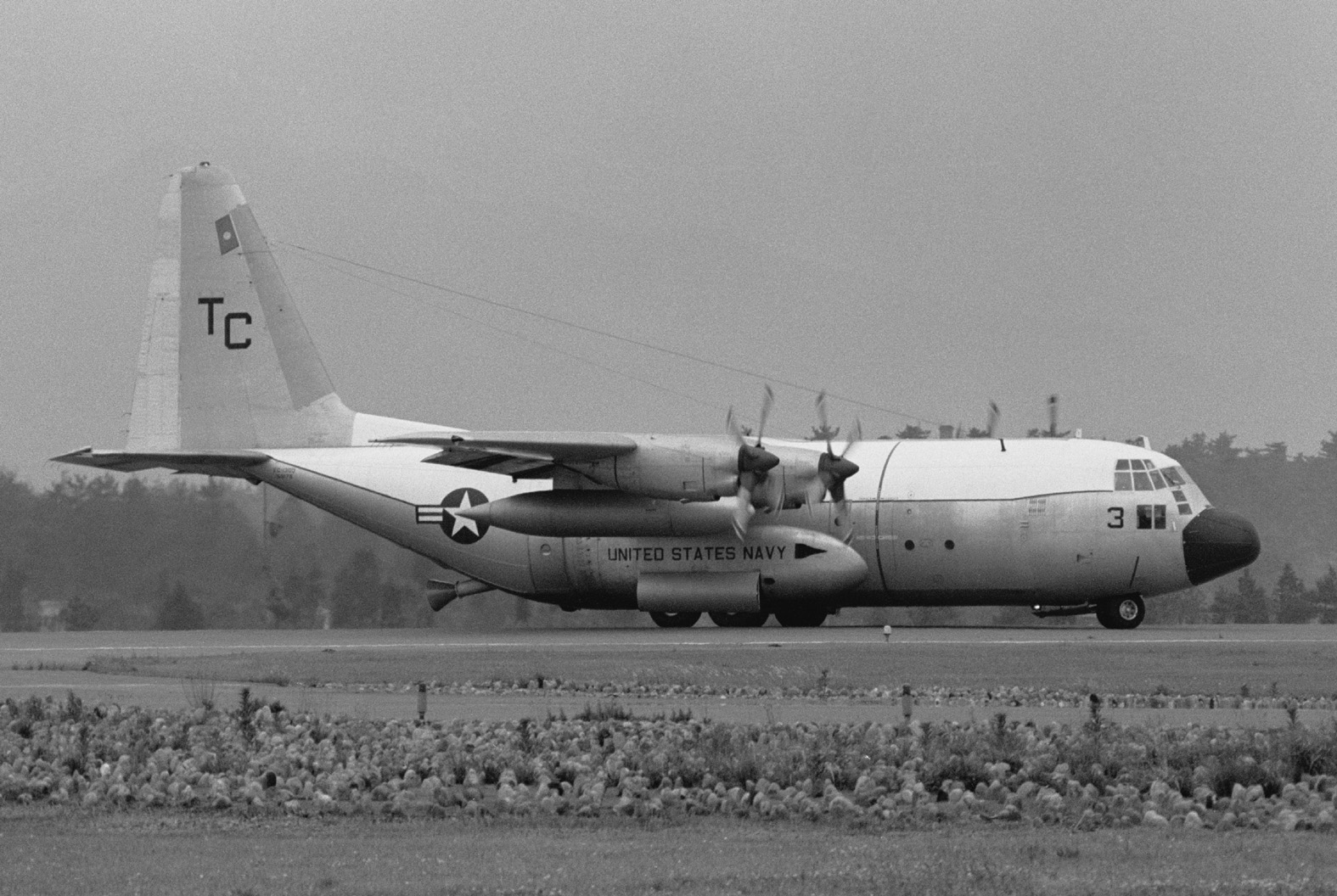 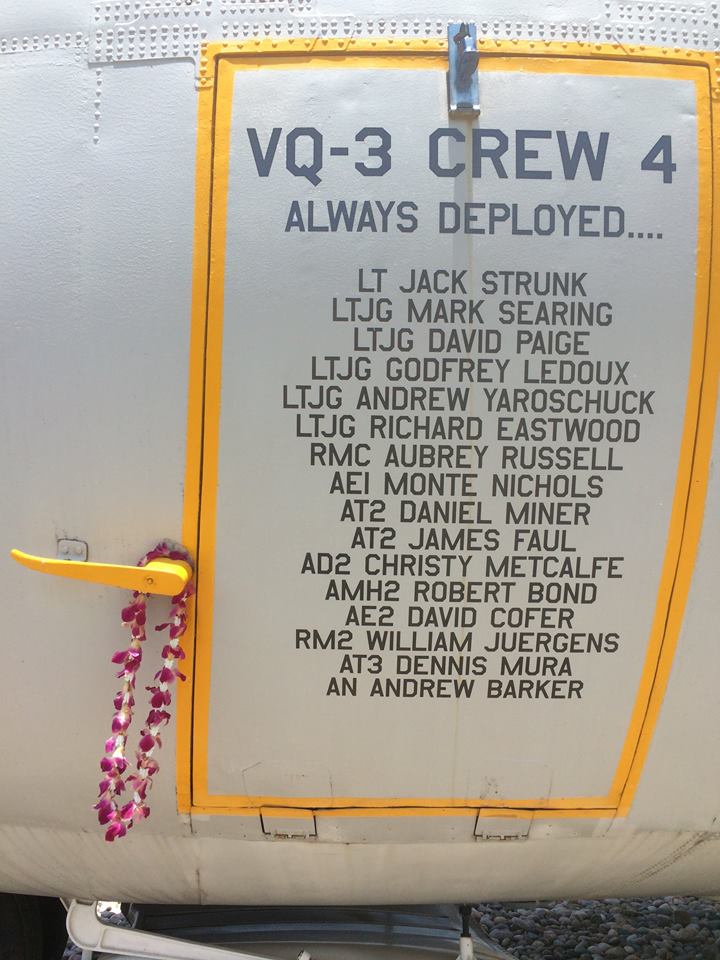 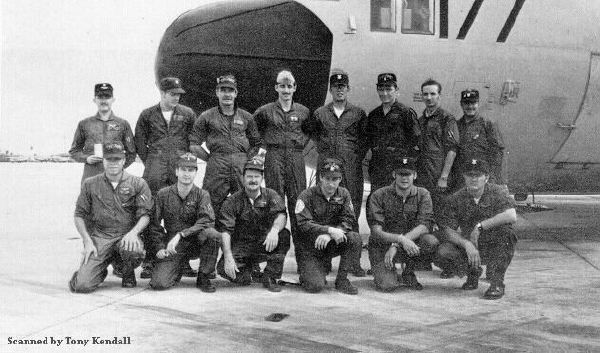